We'll definitely be back to The Velo Fellow!

The Velo Fellow opened about two months ago in the space below Mellow Mushroom at 1 Augusta downtown, and having heard good news about it we knew we had to get over there and check it out. So one night after a Drive game, looking for a beer other than Yuengling and a quick snack, we stopped in for what we thought would be just a quick drink and bite to eat. 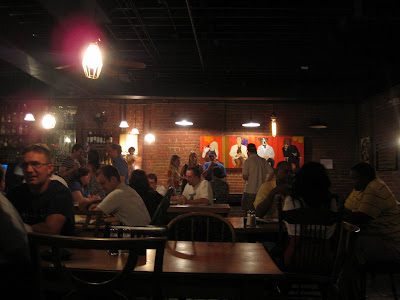 There was a decent crowd and we could tell at first glance that the layout and decor were right up our alley. We approached the bar to order and the bartender was knowledgeable about their beers; although their selection is not as extensive as Barley's or the Trappe Door they have some great different taps and over two dozen bottles.If you're looking for Miller or Bud, this isn't the place to go, but if you enjoy craft beers and beers from the UK, I highly recommend checking out the list! 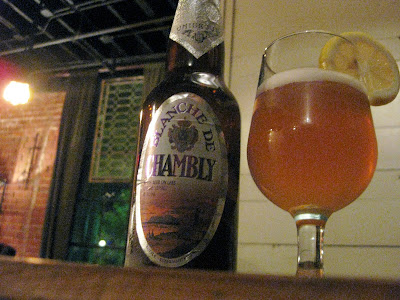 As for the food, we ordered a delicious brie & bacon sandwich and the fried green tomato appetizer. The pimiento cheese was some of the best I've ever tasted, but I wasn't so sure about the batter on the fried tomatoes - it was, to be honest, a bit too seasoned for my tastes. 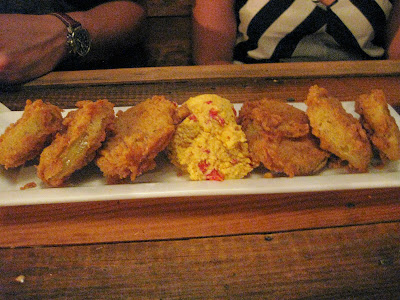 When we arrived the background noise was just people talking, but a little while later a two man band took the floor. I think some actual background music - maybe Stones, Beatles and the like - would have been a great addition while waiting for the band, but at the same time it was nice to sit and wait for our food and have the ability to hold a conversation and hear each other. 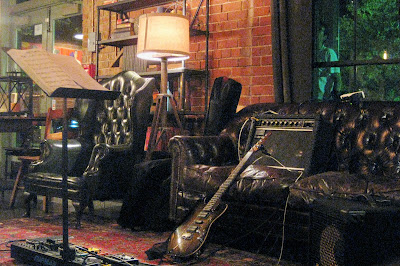 Of course the title of this review says it all - we will be back to the Velo Fellow, to sample more of their menu offerings and hopefully a few new beers as well.